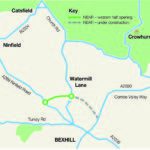 The western half of the North Bexhill Access Road, which is being developed to the north-west of Bexhill, will open from 4pm this Friday, 14 December 2018. It will connect via a roundabout to Watermill Lane running north, and via another new roundabout to Ninfield Road (A269) near the Freezeland Lane junction, providing a new local travel route. (more…) 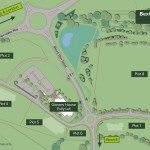 The Bexhill Enterprise Park is prominently featured in a new drive from the Department of International Trade (DIT) to attract foreign investment to the UK. (more…)

Construction starts for next Bexhill offices 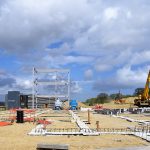 Construction is under way for High Weald House – the second set of offices on the Bexhill Enterprise Park. A steel frame is being erected for the building, following preparatory ground works earlier this spring. (more…) 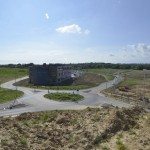 Businesses can now get top quality new offices in Bexhill, Hastings and Eastbourne on ultra-flexible terms in a pioneering move to address the Brexit market. (more…) 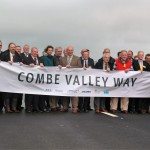 The Bexhill-to-Hastings Link Road, which is designed to boost the economy of East Sussex and cut congestion, opens to traffic for the first time today (17 December). (more…) 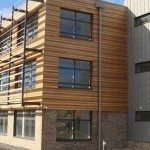 Proposals for a new road in north Bexhill were today shown to the public, as the latest phase of economic development for the area, complementing existing work to develop the Bexhill Enterprise Park.  The proposals can be seen via the link below and people can comment until 6pm on Thursday 2 July. (more…) 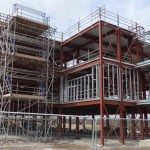 Construction work to develop the Bexhill Innovation Park in East Sussex has reached an early milestone: the steel frame of the first building has been completed. Named Glovers House, this building will be a high quality, contemporary business centre over three floors. With offices to let within it ranging from 627 sq ft to the whole 25,235 sq ft property, it will be able to house a combination of small, medium and large companies. 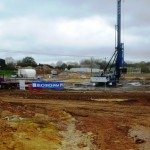 Construction by Sea Change Sussex of the initial phase of the Bexhill Innovation Park is under way on land to the north-east of Bexhill – with piling work for the first business premises just completed. Piling worsk in progressThe project will create high quality business premises on the most extensive new commercial development land available in East Sussex.